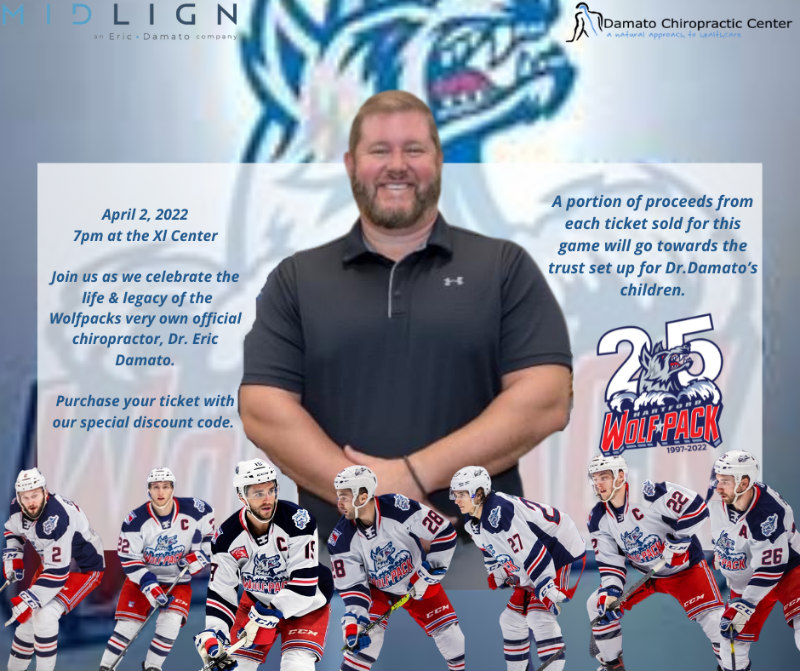 Our mission is to care from the heart with compassion, intent, certainty and mastery – Dr. Eric M. Damato

It all started with a dream, a vision to be one of the greatest sport chiropractors of all time. Dr. Damato was a dedicated and hardworking athlete growing up, playing three sports a year, he was determined to be one of the greatest. As a teenager, he suffered multiple injuries during his wrestling career which led him to visit a chiropractor to rehab those injuries. It was at point chiropractic became a big part of his life and during the New England Wrestling tournament that is when he knew it was his calling to become a Doctor of Chiropractor.

On October 15, 2021 just before the 25th season kicked off for The Hartford Wolf Pack, Dr. Damato recorded a tribute video expressing how much he appreciated being the team’s official chiropractor and also announced that we would be changing our name to MidLign Sports Chiropractic for all sport’s needs.

His dream was to give back to the sports community work with sport athletes to help their body function at its highest level.

On April 2, 2022, join us for a very special game at the XL center in honor of our beloved Dr. Eric Damato, The Wolfpack vs Syracuse Crunch. Tickets are available at a discounted rate and a portion of each ticket sold will go towards a trust set up for his four children.

Use the link below to secure your ticket and join us as we cheer on our beloved Wolfpack and celebrate the life and legacy of Dr. Eric Damato. 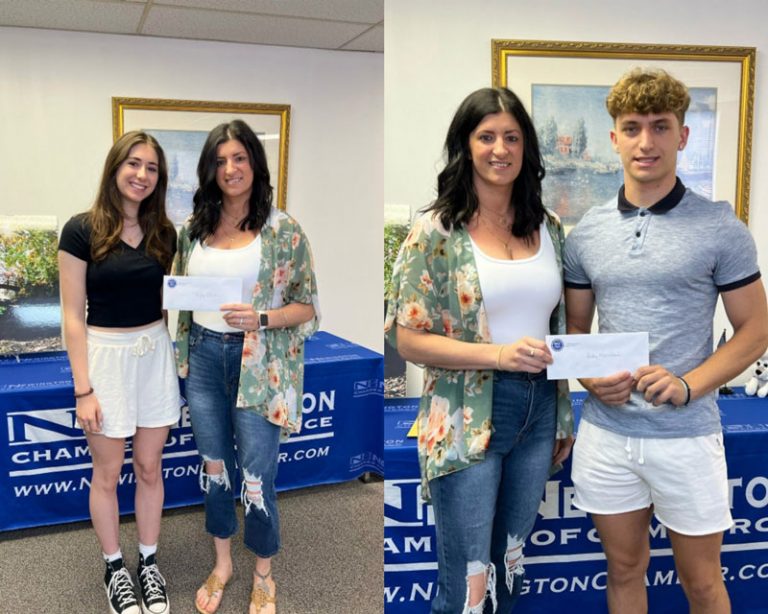 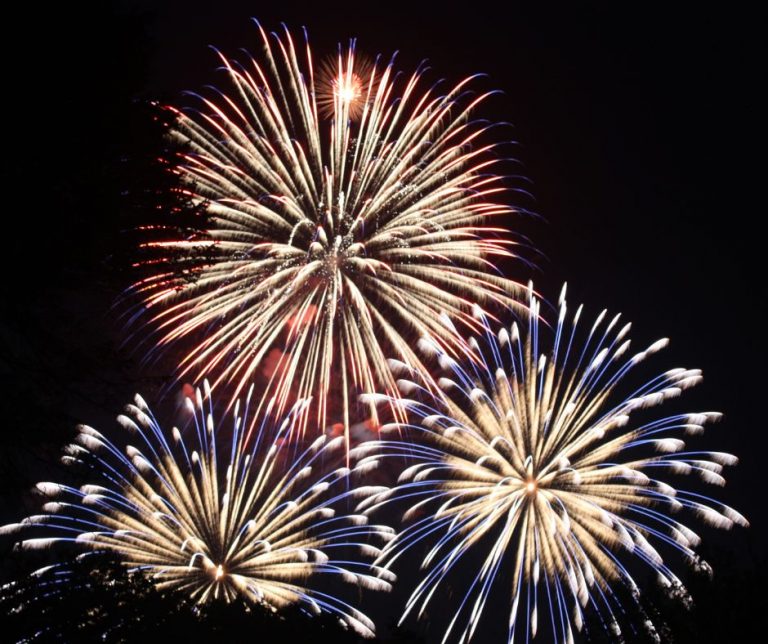 Newington’s 40th annual “Life. Be in It.” Extravaganza kicks off on July 13th and goes until July 16th. There are events planned for the whole family each day! Newington Parks and Recreation has published a jam-packed schedule of activities. Click below to see what’s happening each day! 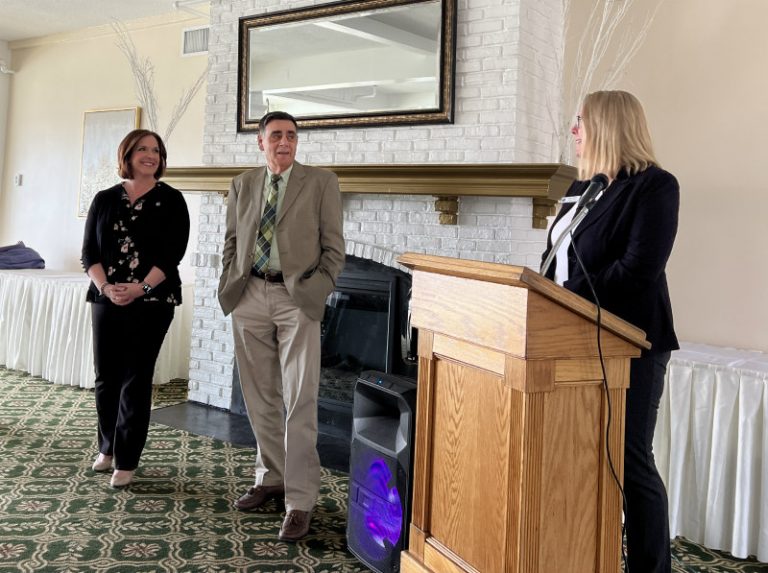 The Newington Chamber of Commerce was pleased to once again host (in person!) the “State of the Town” breakfast last week. The event was held on March 30th at Indian Hill Country Club. After a delicious breakfast, catered by “Casa Mia on the Hill”, the program began with Chamber Executive Director Leslie Civitello. She was… 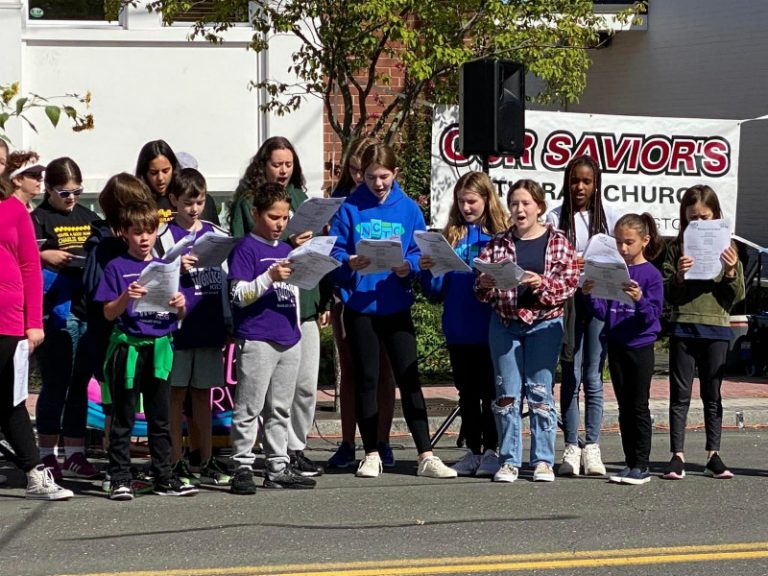 The Newington Waterfall Festival 2022 was an outstanding community event Saturday on Market Square! The weather was perfect, music filled the street along with performances and laughter. The smell of popcorn filled the air as the Newington Chamber happily gave out bags. Kids enjoyed touching and sitting in all of the trucks along with making…